Last Wednesday the crew from Plantwise burned some patches of prairie along the Paint Creek Trail for us. That morning the weather indicated favorable conditions for burning: relative humidity in the 40-50% range (a little high, but still within our desired range), temperatures around 50-55 °F, good smoke dispersal conditions, and clear blue skies. I had checked the burn breaks earlier in the week, so we were ready to go!

The crew arrived at 2 pm and didn’t waste any time getting started. With the sun setting earlier each day, we were racing the clock to get the burns done before the relative humidity started to rise again. 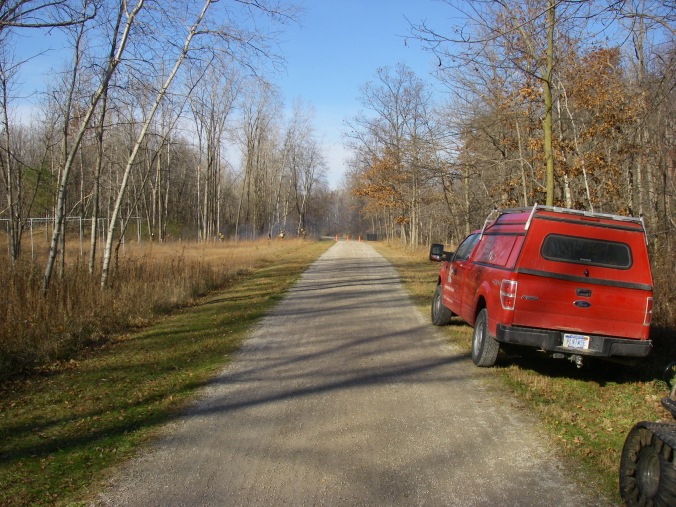 The crew used an ignition pattern that is common prescribed burning called the “ring method.” In this method, you light fire along the downwind side of the burn unit, then let the fire slowly back into the unit. When you have enough burned area on the downwind side, two crews split up and light along each flanks, again letting the fire back into the burn unit. Finally, the crews circle around and meet on the upwind side, completing the ring. You’ll see that method in action in the pictures below.

The first step was to build a safe “black”, burned area on the downwind side. 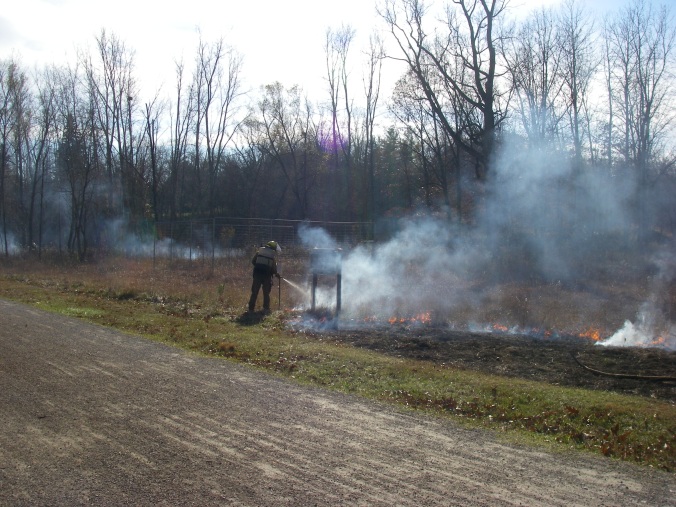 After building up the black area on the downwind side, the crew lights along the flanks.

The short, green grass along the trail was a safe fire break. Here a crew member begins lighting along the western flank.

When the fire is running with the wind you generally get the largest flames. With our slightly high humidity and low wind speeds, the tallest flames at the Wet Prairie were only about 3 or 4 feet. Most of the flames were about a foot tall.

Fire creeps toward the deer exclosure at the Wet Prairie. The metal frame and fencing of the exclosure easily handled the flames. 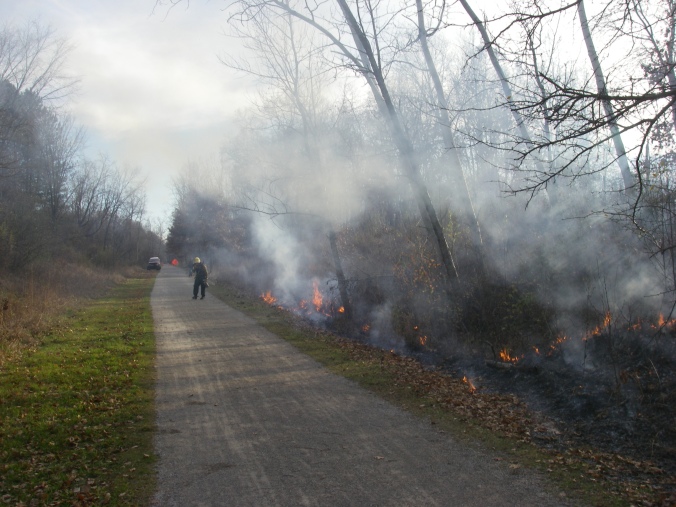 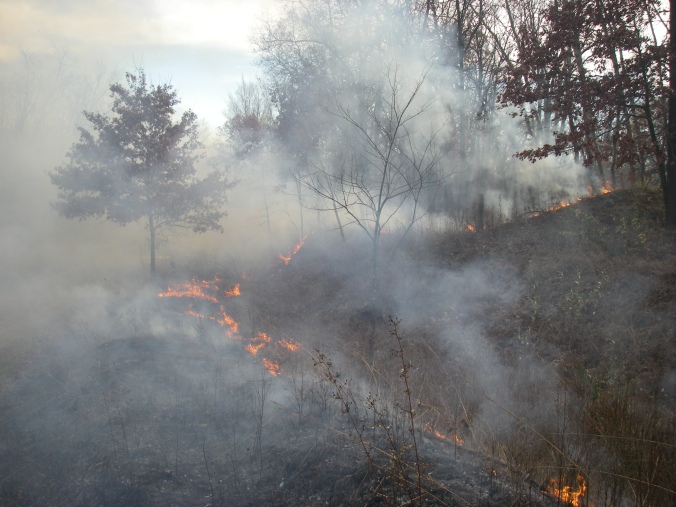 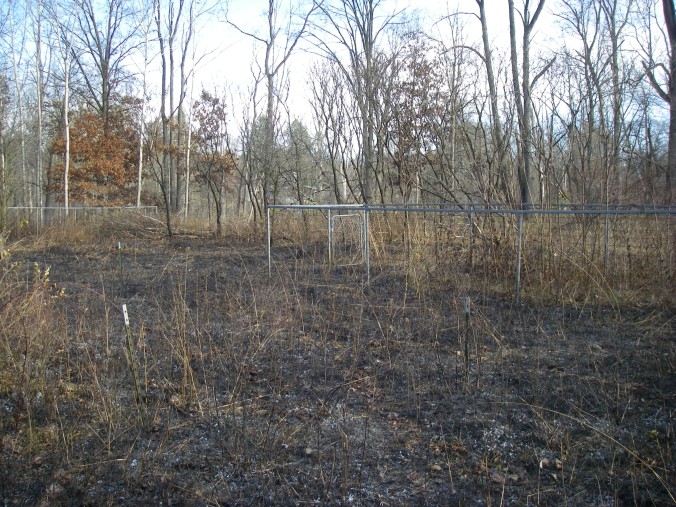 The next prairie patches also burned well. With rain the day before, the leaves under the trees did not burn well, but over all the burns were successful. A big thanks to Plantwise for their work! Check out our winter stewardship seminars to learn more about prescribed fire and prairie in Oakland Township.

Fall burning generally helps increase the abundance of “forbs,” which are generally the more showy wildflowers. We’ll look for lots of flowers next summer! 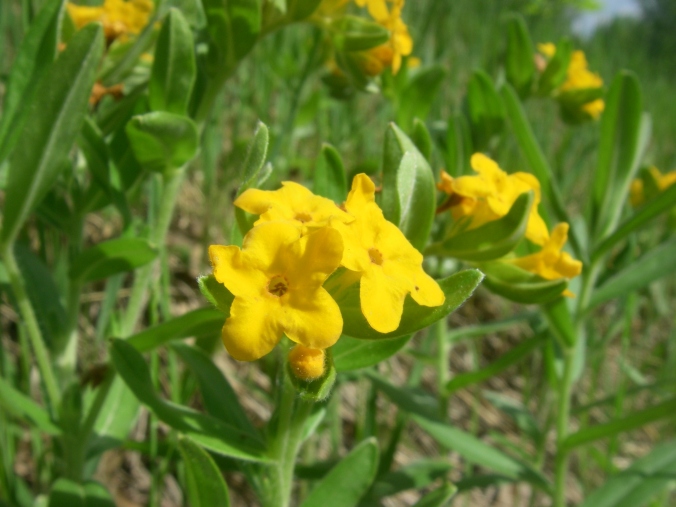